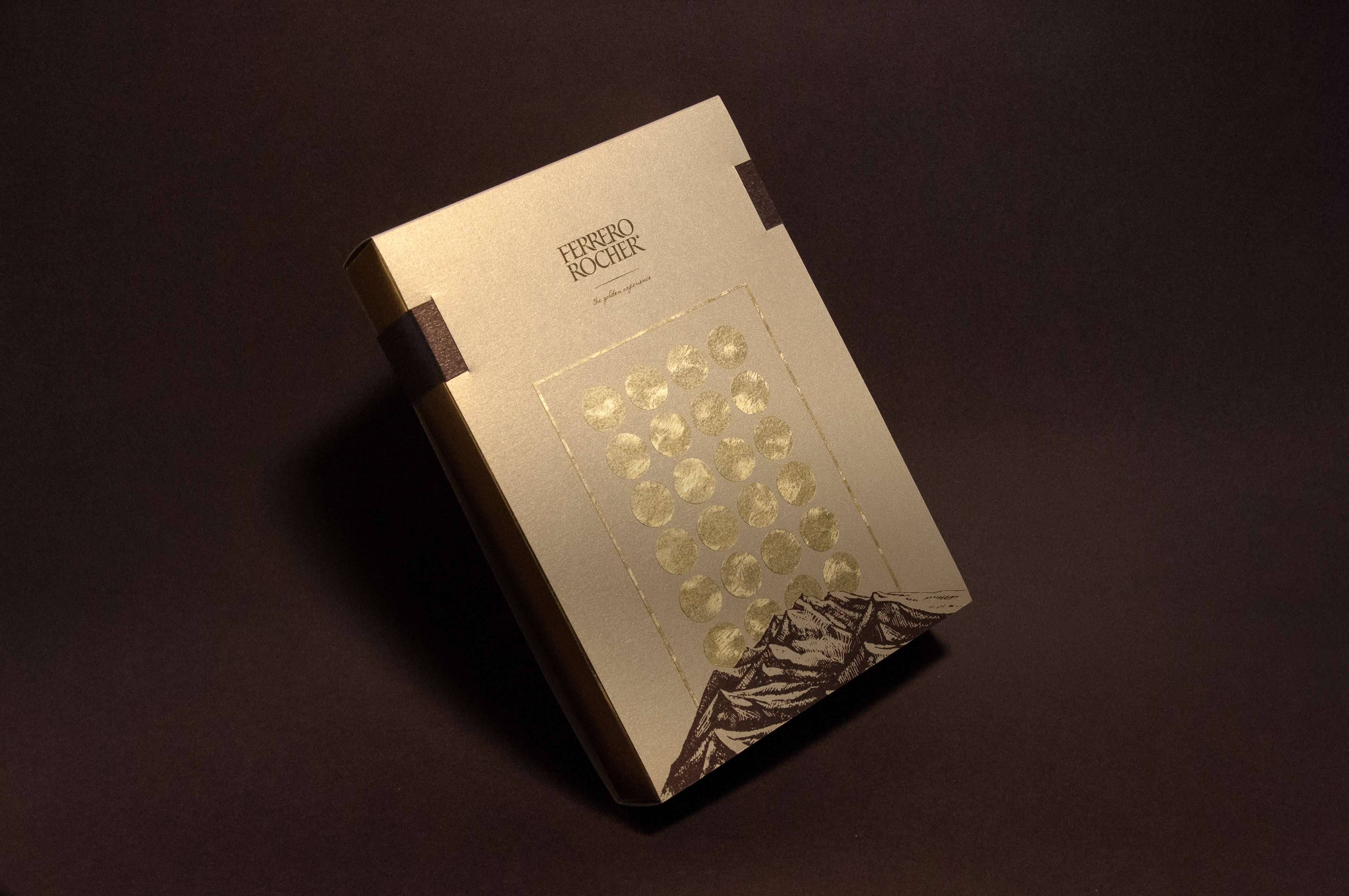 With so many brands and products gearing towards the sustainability movement, Ferrero Rocher has stood out to be a rarity on the chocolate box section, boasting a transparent, hard plastic. With its packaging remaining unchanged for many years now, when will it finally adopt a more sustainable packaging if not now?

With so many brands and products gearing towards the sustainability movement, Ferrero Rocher has stood out to be a rarity on the chocolate box section, boasting a transparent, hard plastic. With its packaging remaining unchanged for many years now, when will it finally adopt a more sustainable packaging if not now?

In December 2018, Ferrero Rocher has been named and shamed as the Christmas chocolate box with the least recyclable packaging, with an overwhelming 89% of its packaging destined for the landfills. In the first place, nearly half of the weight of the box is made up of packaging, constituting more than 30 pieces of (over)packaging which includes: a plastic case, a plastic lid, a cellotape seal, a printed cardboard insert, a plastic tray, 15 pieces of printed tinfoil, and last, but not least, 15 paper cups. Despite its distinctive packaging which accounts for its powerful brand recognition for decades, it is high time that the packaging needs to go, especially in light of the rise of environmental awareness in consumers. 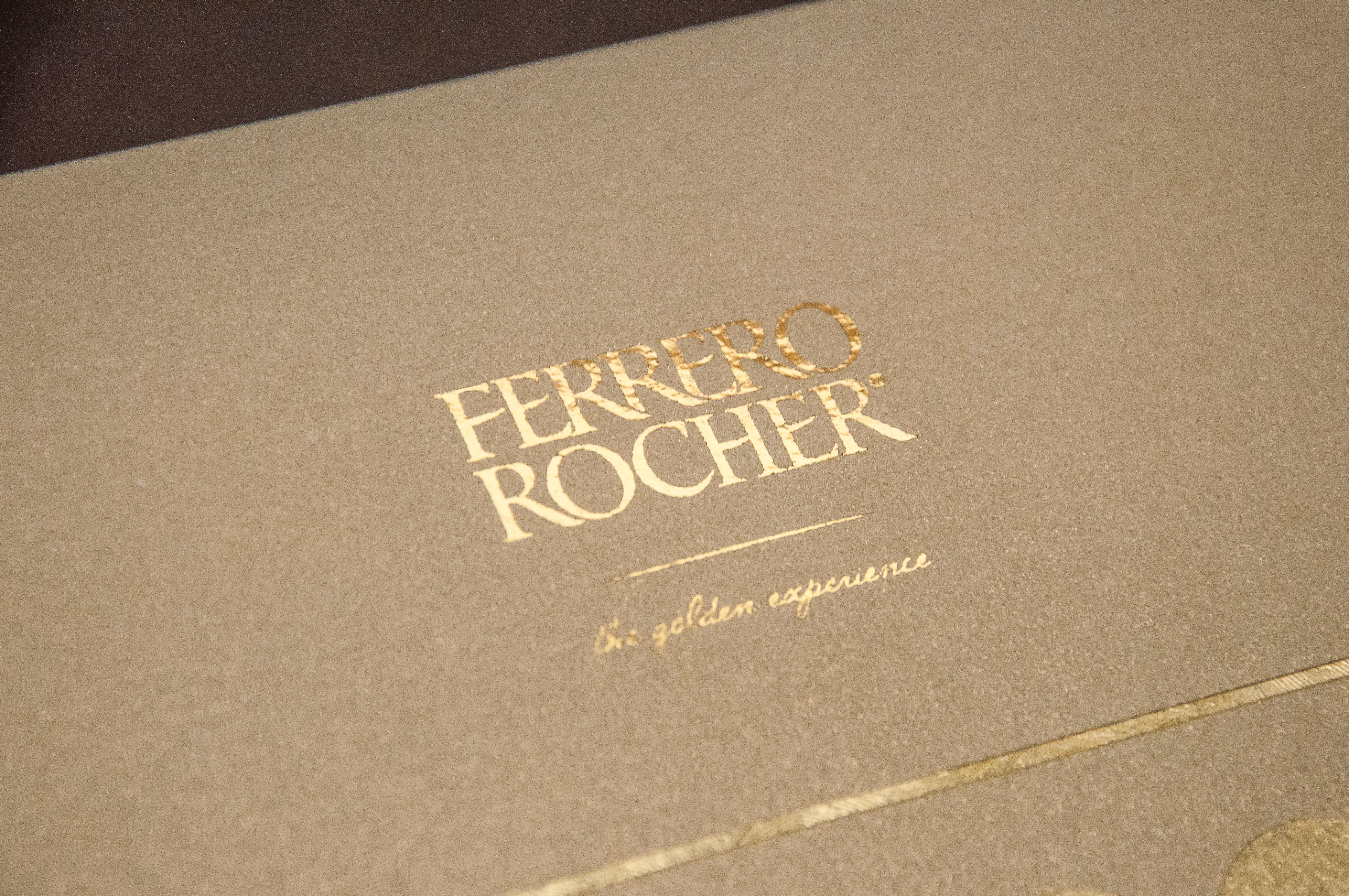 How can we prompt recognition of the long-standing brand packaging in spite of a vast change of its material?

The repackage takes advantage of print finishes to replicate the look of the actual content usually visible through the plastic packaging, while adding on a visual aesthetic that more suitably matches its price point and positioning as a premium gift. In light of the rationale and sustainability motivations of the repackage, the approach to its structural design has been mindful of avoiding and reducing any unnecessary packaging at all if possible whilst still appropriate for that of a gift.

Due to limitations to the prototype production of print finishes, golden patterned vinyl is used as a substitute for the intended use of gold foiling with multilayered embossing of the wrapped Ferrero Rocher's texture to replicate the look of the content beneath the plastic packaging. Though within commercial production considerations, foiling is to be used due to its recyclability and viability over vinyl. 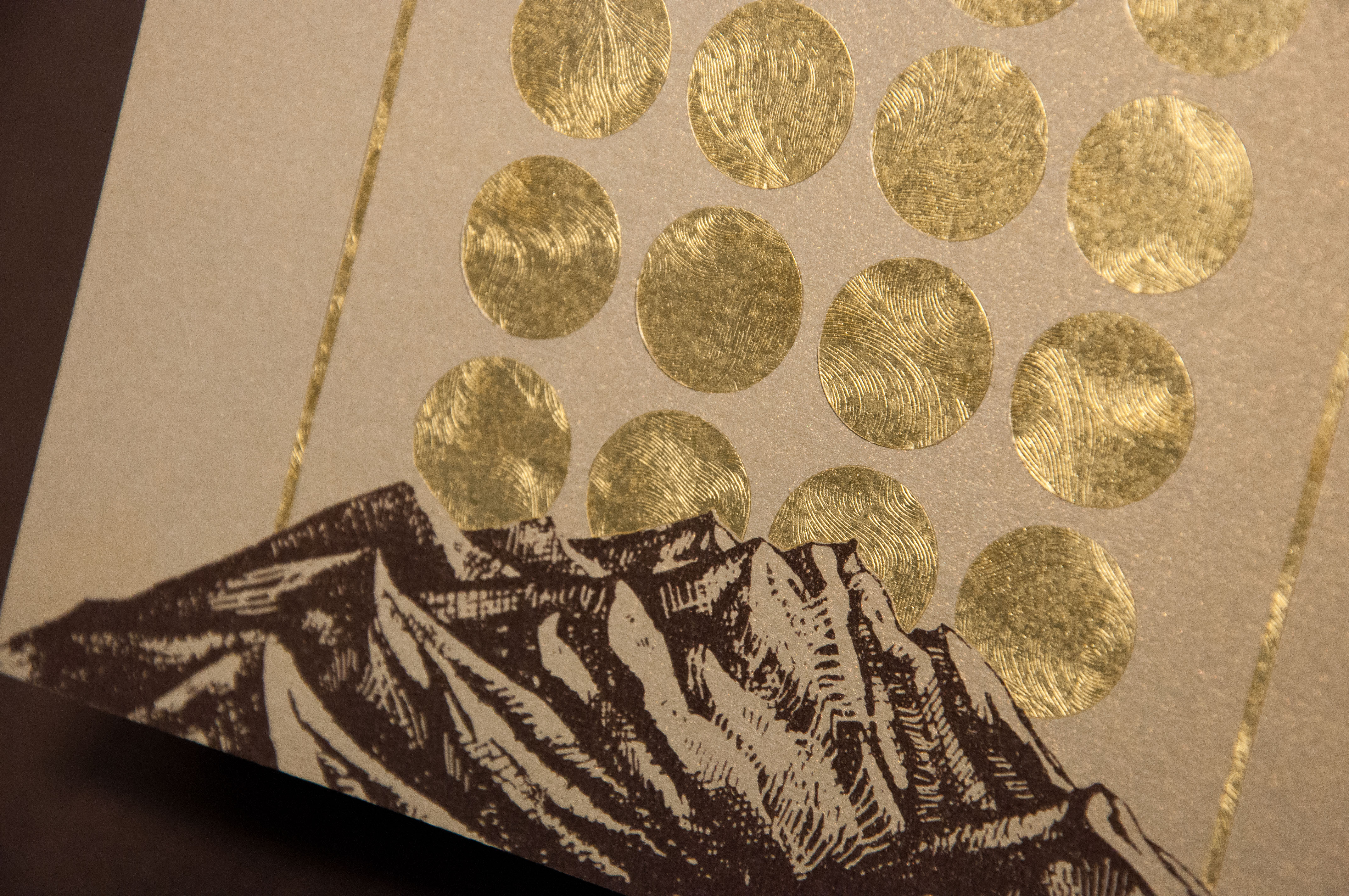 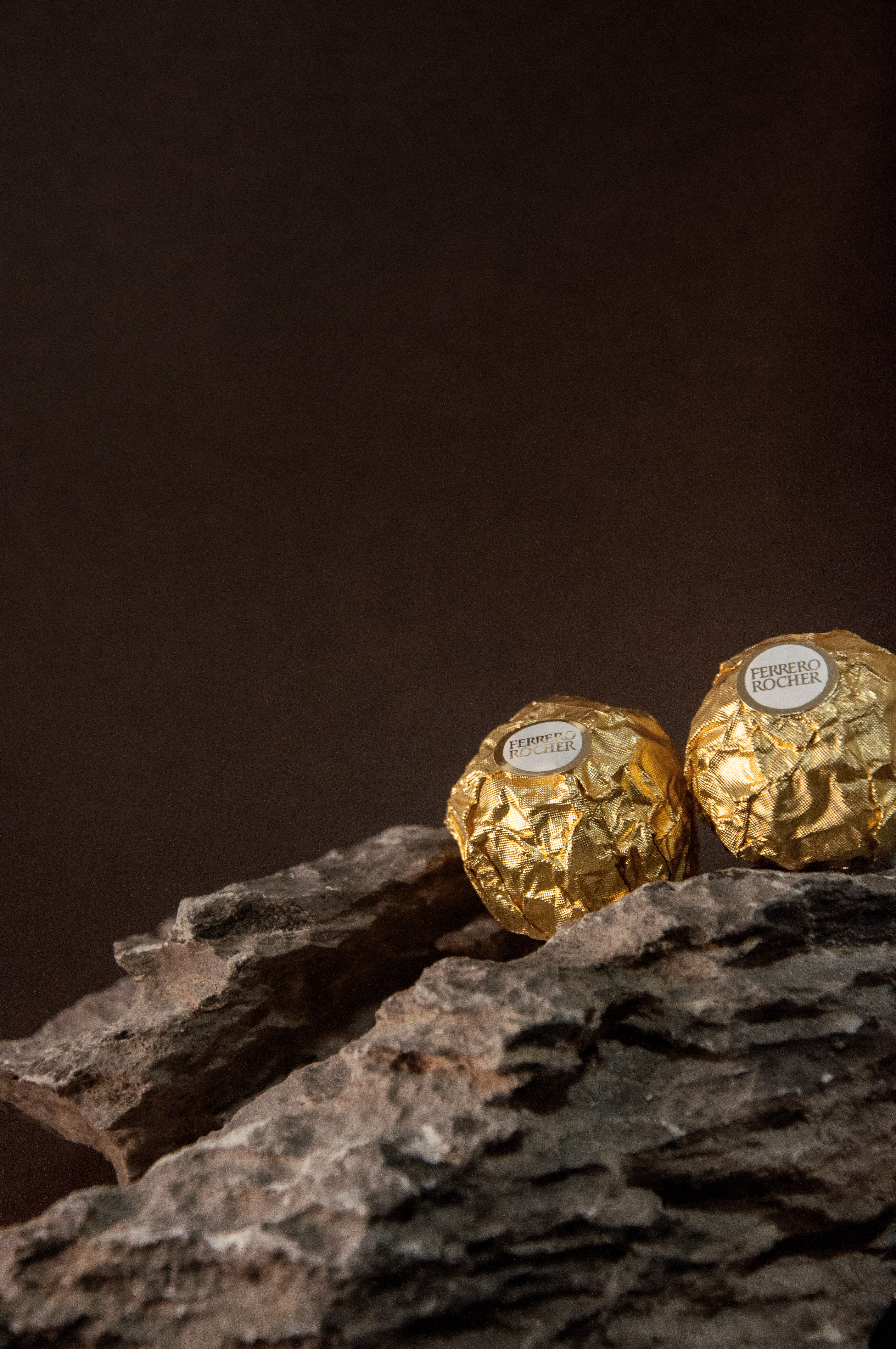 With the lack thereof execution of embossing and Ferrero Rocher’s lack of visual components to its branding, a new design concept is generated based on the definition of 'rocher' — rock; (a large mass of) solid parts of the surface of the Earth.

With Ferrero Rocher’s positioning as a gift, the securing band/sleeve of the packaging is made narrower to resemble a ribbon. To further amplify Ferrero Rocher’s tagline, “the golden experience”, the inner box is constructed entirely of gold-foiled cardstock, presenting the opening of a gift to reveal a surprising, overwhelming “golden experience.” This would also make the inner box an eye-catching ornament on the table, with presence of the roughly wrapped pralines, or “rocks” further emphasized against the contrasting smooth glossy packaging surrounding it. 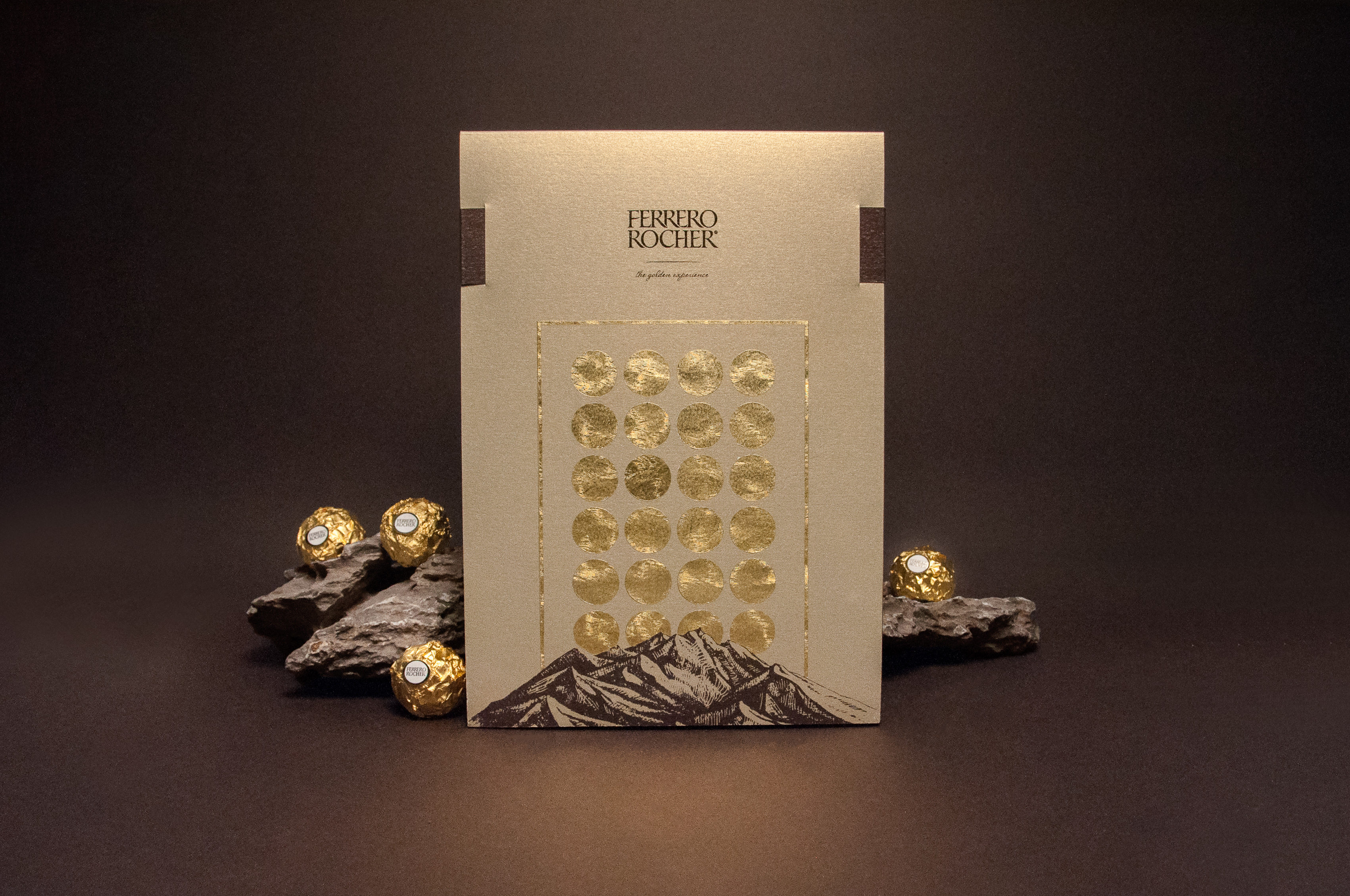 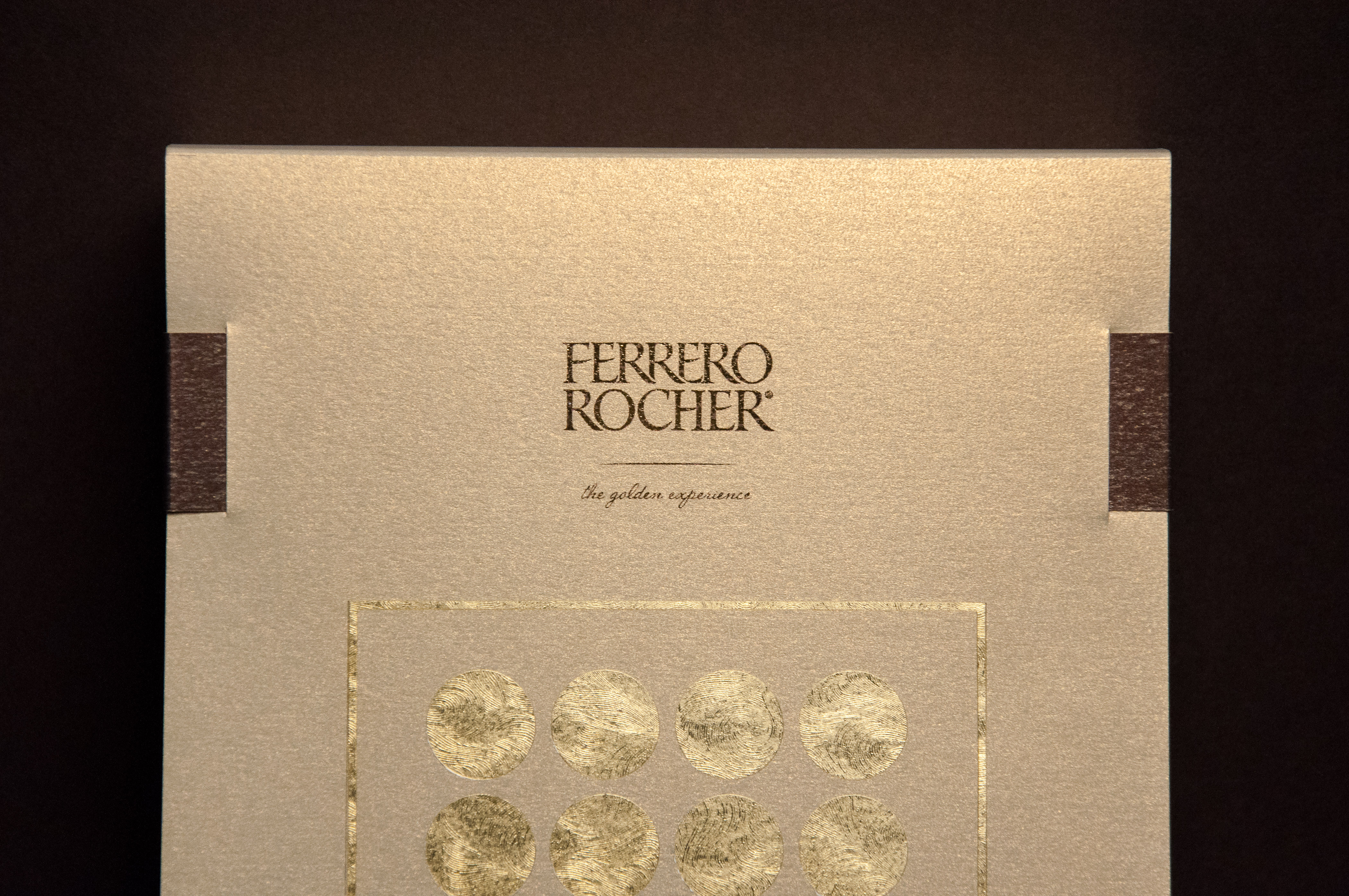 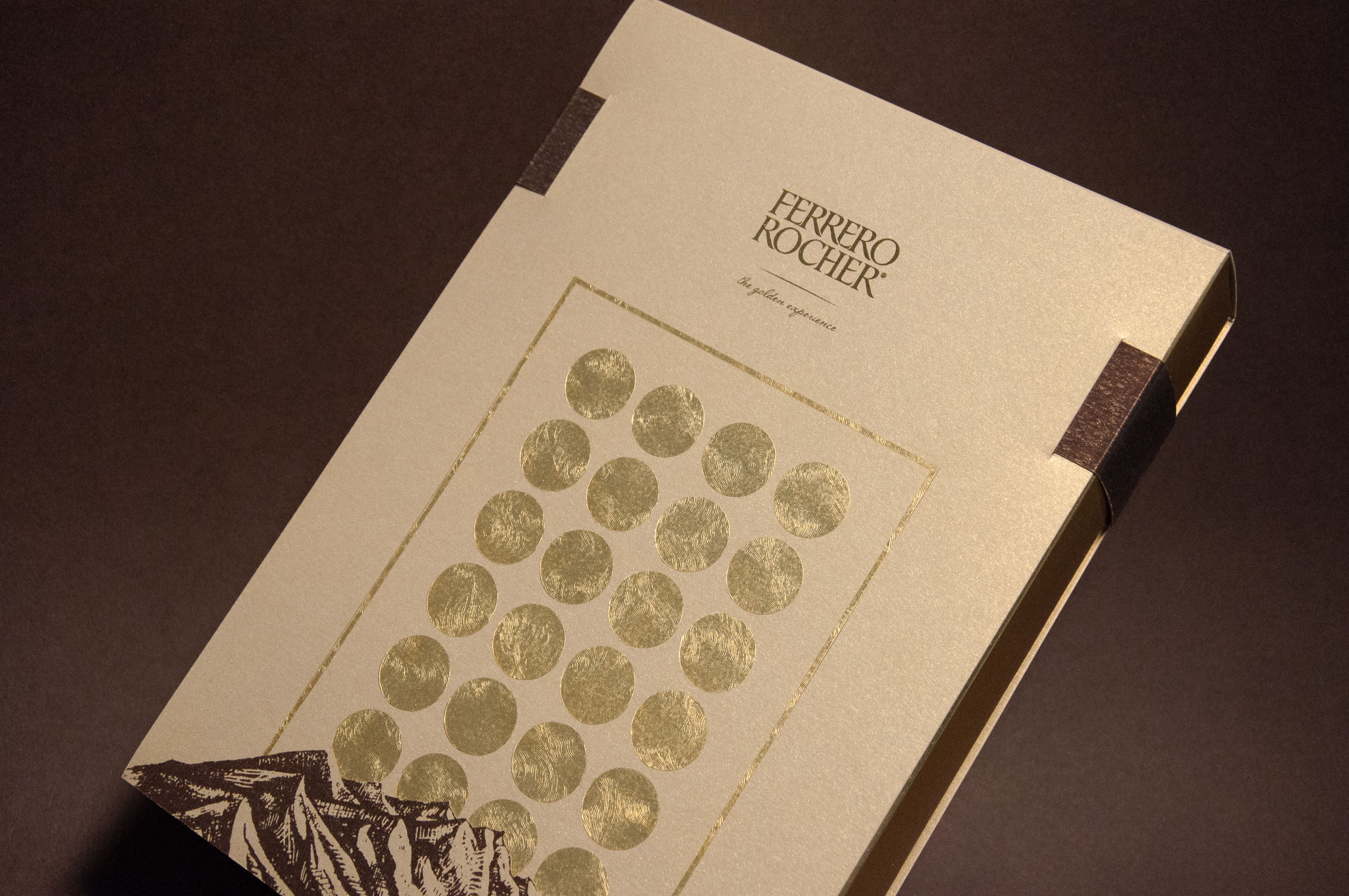 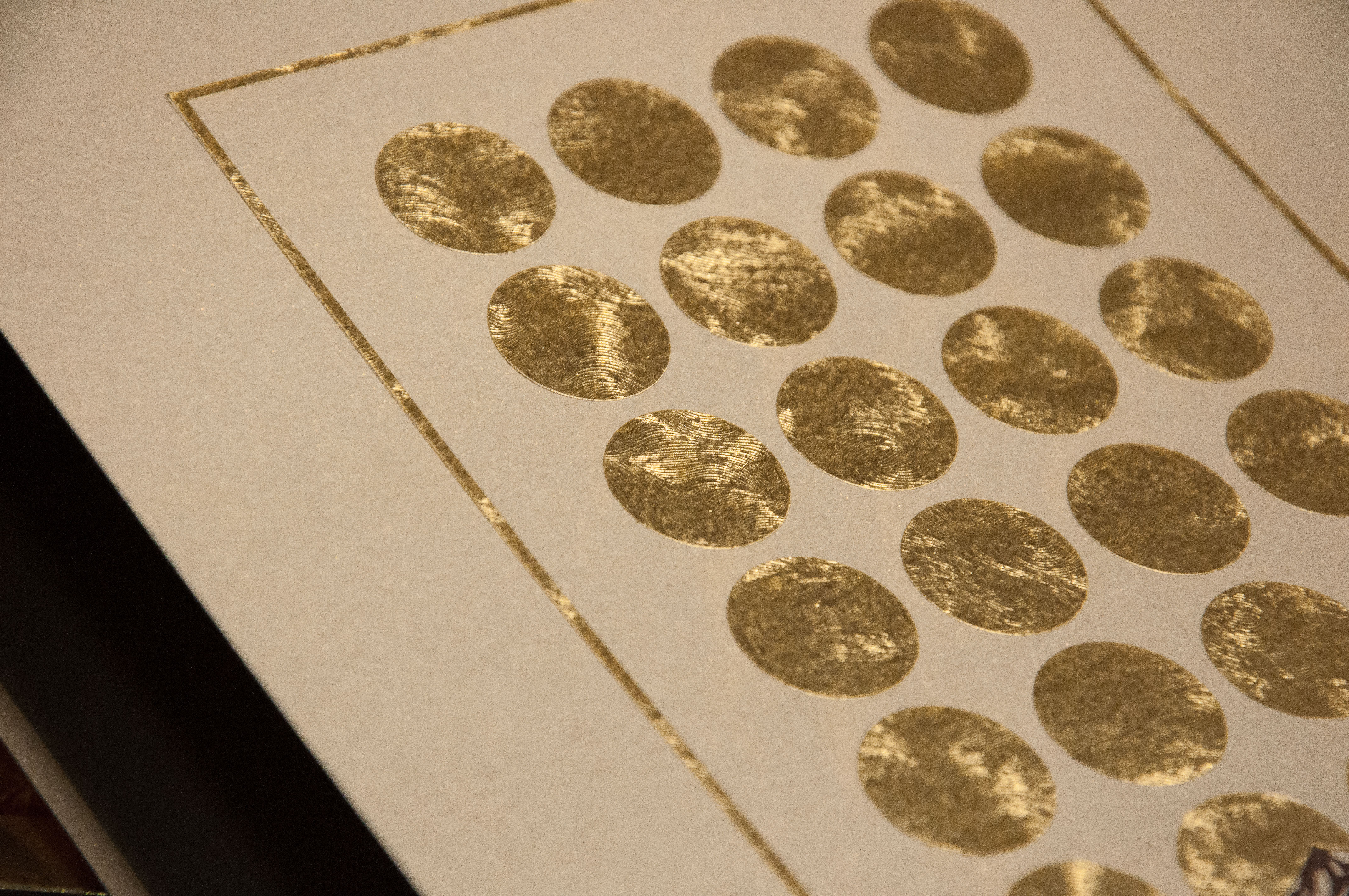 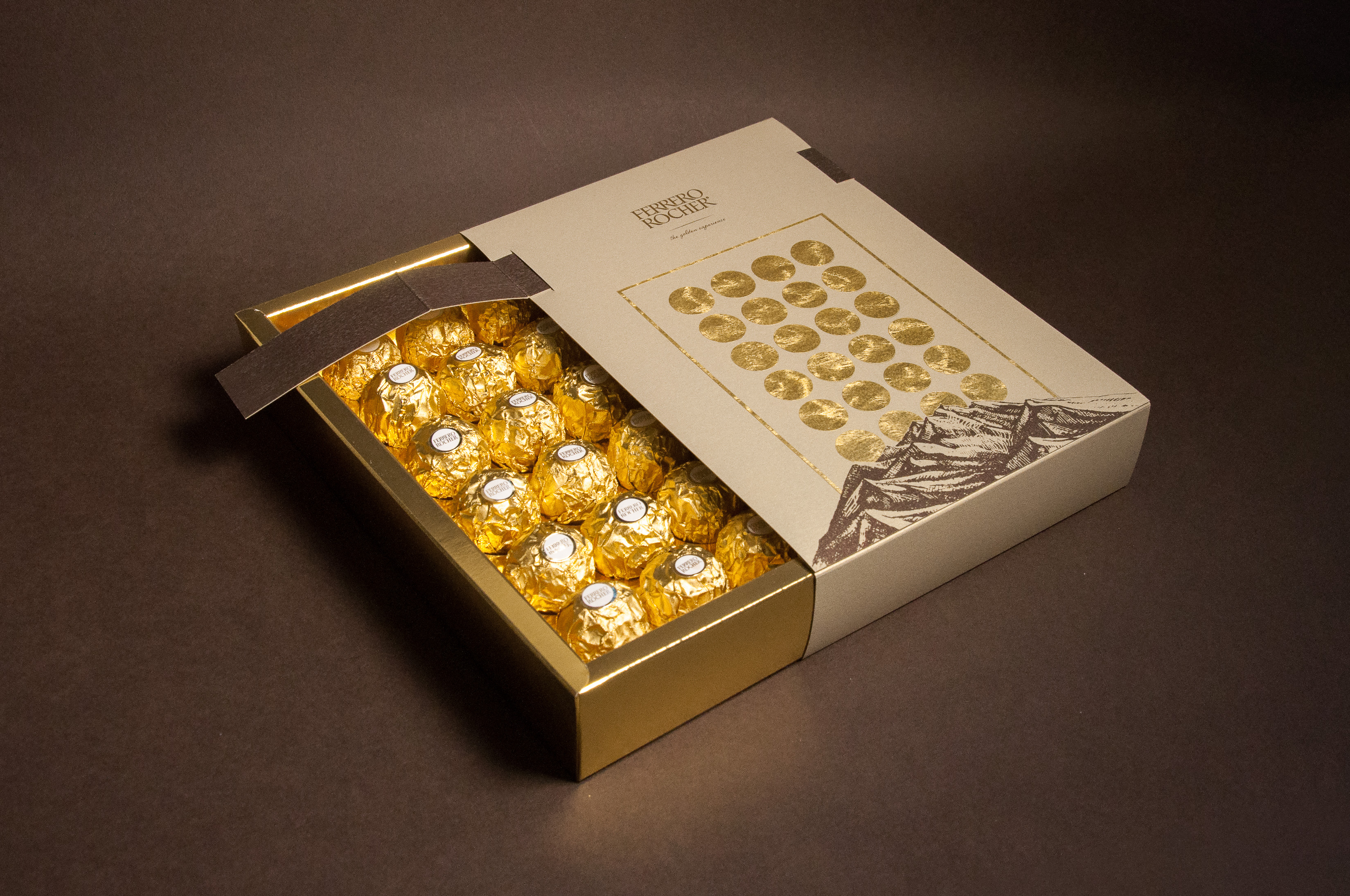 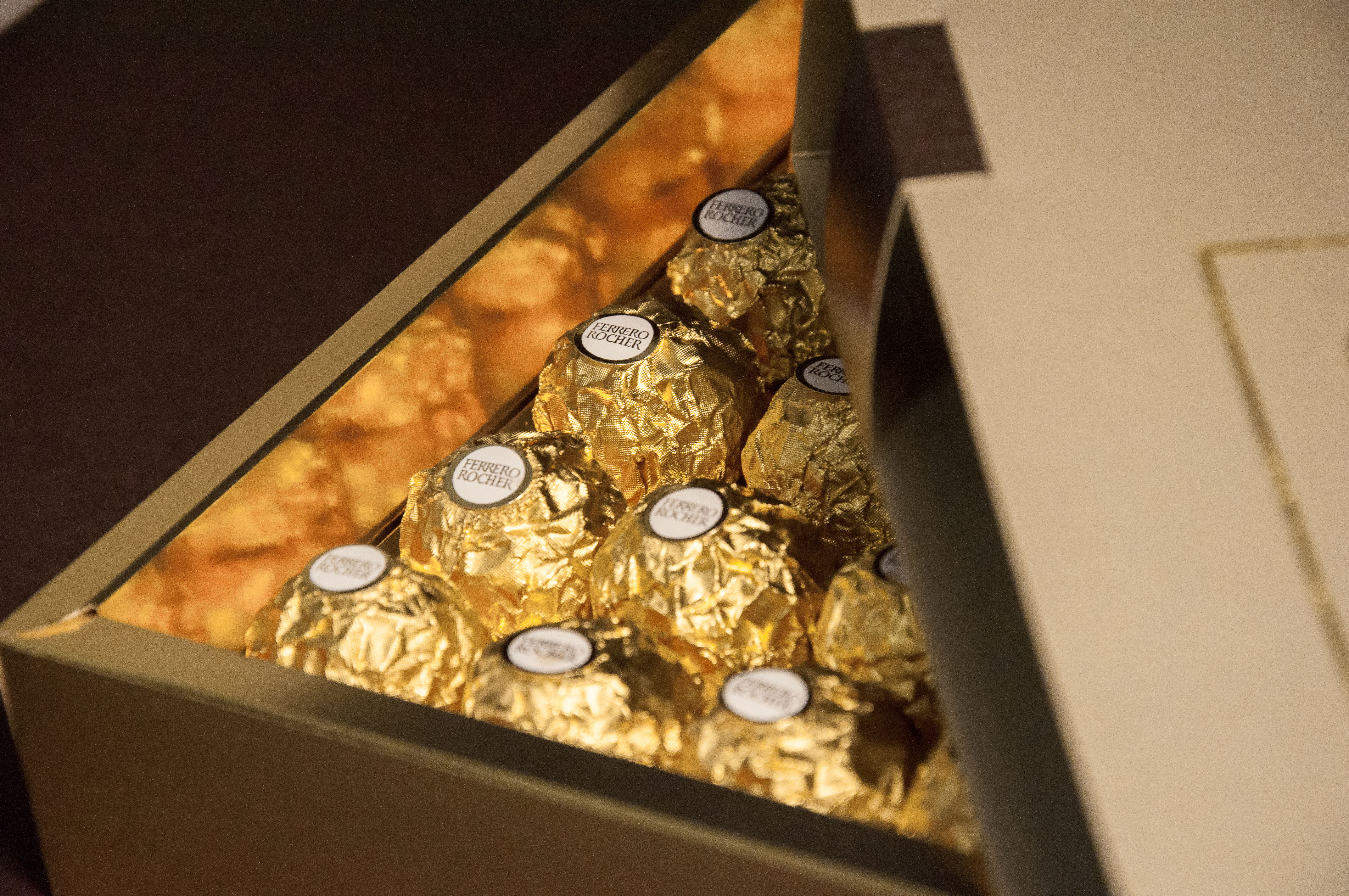 No items found.
Role in Project
Team Members
next